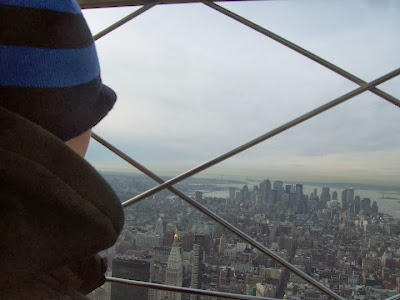 The 23 Hardest Things About Moving Home After Living Abroad

1. Having dreams where you’re back in your old city, in your old apartment, and everything is exactly the way it way — and then waking up and realizing that, at least for now, that chapter of your life is closed.

2. Occasionally messing up your speech patterns and using strange syntax because your brain is, in many ways, still working in the second language and you don’t quite know how to change directions without throwing everything into reverse.

3. The three or four food items that — beyond just being the overall cuisine that you miss — had come to be your diet staples that you don’t really know how to live without anymore.

4. Trying to plan your trip back to go visit all of your friends and realizing that airplane tickets are just as expensive as ever, if not more so.

5. Having to factor in airplane tickets into your budget on a semi-regular basis, for pretty much the rest of your life, because you’re either going to be there and visiting home or home and visiting there.

6. Trying to explain to someone who is going on a vacation to your city all the things they absolutely have to do and realizing that a) it’s impossible to do all of the things that you want them to do in any reasonable frame of time and b) you’re probably just confusing them with all of your overwhelming, sometimes incoherent advice.

7. Becoming incredibly jealous of anyone who is going there on vacation, because you wish so badly that you could be going (and part of you selfishly believes that they’ll never appreciate it enough, or in the right way).

8. Suddenly remembering all of the “touristy” things you never took the time to do — monuments you didn’t see, museums you didn’t tour — because you told yourself you would get to it next month, next year, someday.

9. Having Skype sessions with people back there and wishing you could reach through the screen and give them a hug, or grab something off of their plate that you haven’t gotten to eat in forever.

10. No longer living in your adopted language, where every cultural reference is a new gift to be discovered, and you pick up expressions and slang like a child finding shells along a beach.

11. Knowing that it would be selfish of you to expect all of your friends to come visit you here because transportation is so expensive, but always keeping a spare bed or at least a sleeping bag for anytime someone makes the trip.

12. Fearing that, whether it’s the language itself or the person you were there, that it’s all a muscle that will atrophy if you don’t constantly work it. (By the way, there is absolutely no shame in language or country-based meetups now that you’re back home — in fact, they’re kind of an essential part of life from now on.)

13. Worrying that you’re bringing up your old country too much, even if you lived there for years, because you know that people perceive it as “pretentious” or “bragging” if you talk about the place you used to live.

14. Wishing that you could take everyone who wants to travel by the shoulders, give them a shake, and tell them that it’s possible if you want to do it, and that there are so many different ways to make the logistics of it all work if you’re willing to try.

15. Getting so frustrated when people tell you how “lucky” you were to live abroad, when you know intimately how much tedious paperwork, hard work, and trying in the face of rejection it actually required. You know how little of it actually has to do with luck, especially when you’re actually working in your adopted country.

16. Experiencing these weird, listless times where all you want to do is listen to music and watch movies from that country so you can feel, if only for a minute, like you’re back there.

17. Trying to recreate some of your favorite dishes and — even if you are successful — realizing that it’s never quite the same without the surroundings and people that go with it.

18. Eventually realizing that there just isn’t enough space on your wall to fit all of the photos, maps, and prints that you want to put up from your time abroad — and that you’ll kind of look like a crazy person if you do.

19. Postcards. So many postcards everywhere, from so many people.

20. Spending way too much of your hard-earned money at speciality stores that carry the stuff you simply can’t live without, and hating yourself every time you drop 10 dollars on something that was 2 dollars back there.

21. Having no one to share your love of the music from your time abroad, and having everyone look at you really strangely when you put on some obscure German rap or Argentinian pop when you have a house party.

22. Occasionally slipping in an expression or word from that language, without meaning to, into an otherwise English sentence (and knowing that everyone thinks you’re really pretentious for doing it, even though it was completely an accident).

23. Realizing that you’re not really sure what “home” is anymore, because even though this is technically where you come from, you’re not sure you fit into the shape of the puzzle piece that you left behind. In a lot of ways, your time abroad felt much more like home, and maybe you won’t ever really feel settled until you can actually call it that — even if you’re all too familiar with how difficult immigration is. Being where you belong, maybe not today but someday, is something you’re willing to work for. 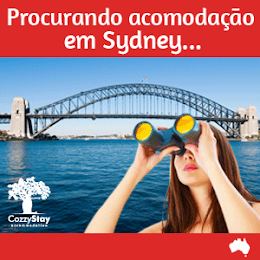 If you don't speak Portuguese...